He was born in an obscure village.

He worked in a carpenter shop until he was thirty.

He then became an itinerant preacher.

He never held office. He never had a family or owned a house.

He didn't go to college. He had no credentials but himself.

He was only thirty-three when the public turned against him.

Nineteen centuries have come and gone,

and today he is the central figure of the human race.

all the parliaments that ever sat, and all the kings that ever reigned 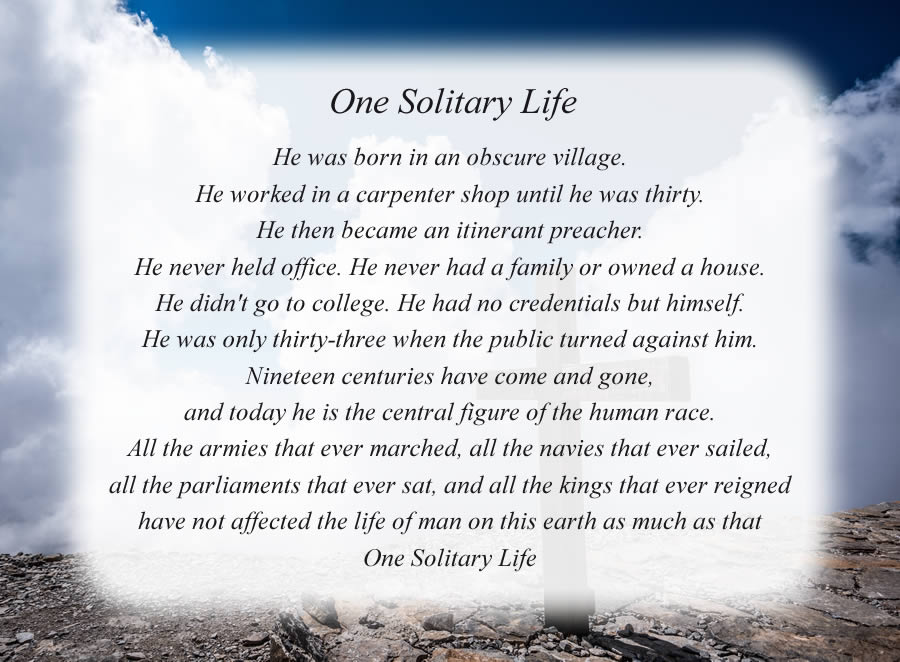 The poem, One Solitary Life, is free and printable by opening or downloading using one of the three links below.

All three files are in PDF format and are free to use. Please see our Terms of Use statement.

For help with printing your poem, please see Printing Tips.

PDF Download - No Poem
Cross and Clouds Background Only